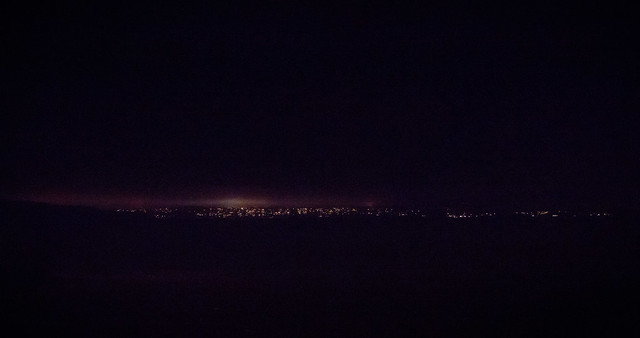 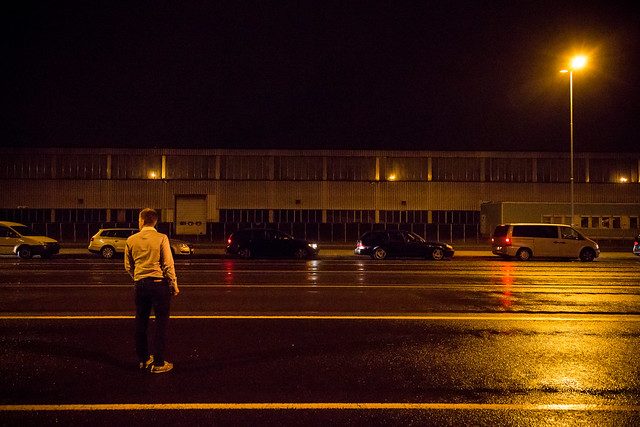 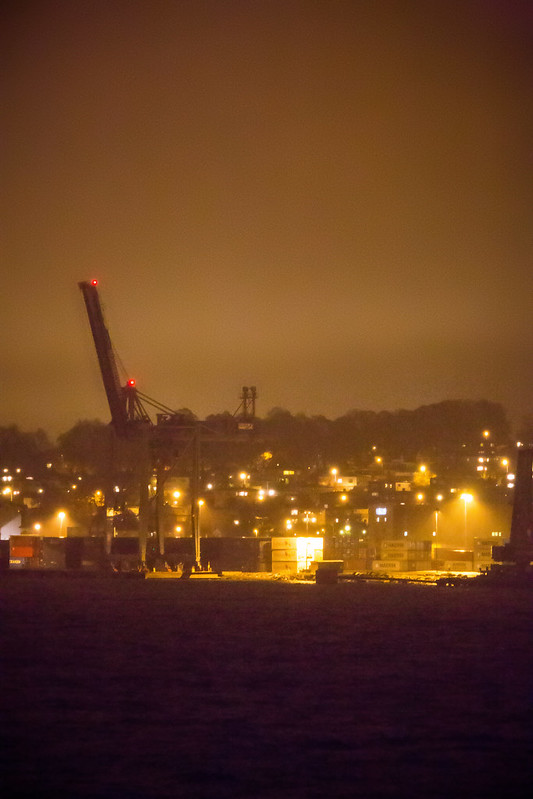 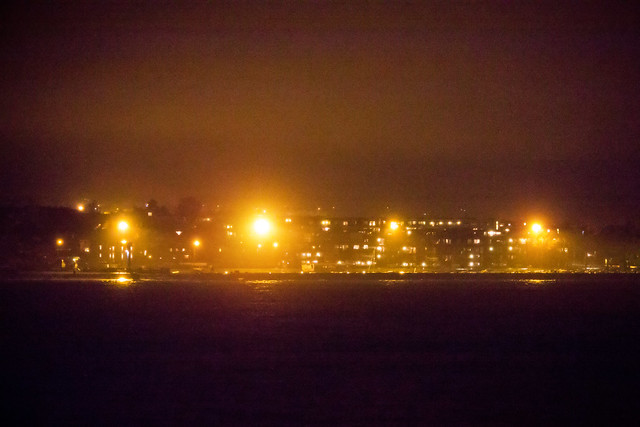 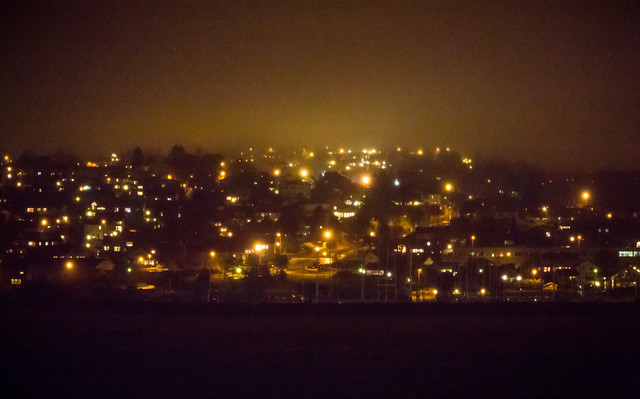 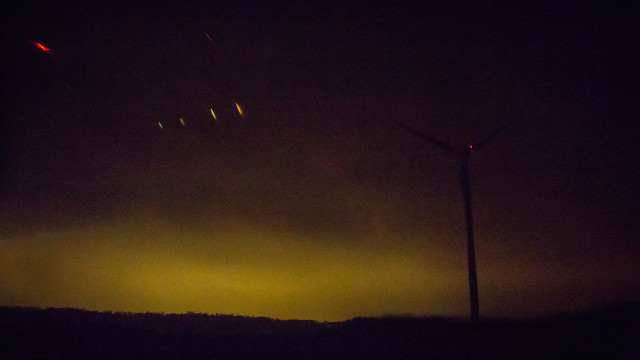 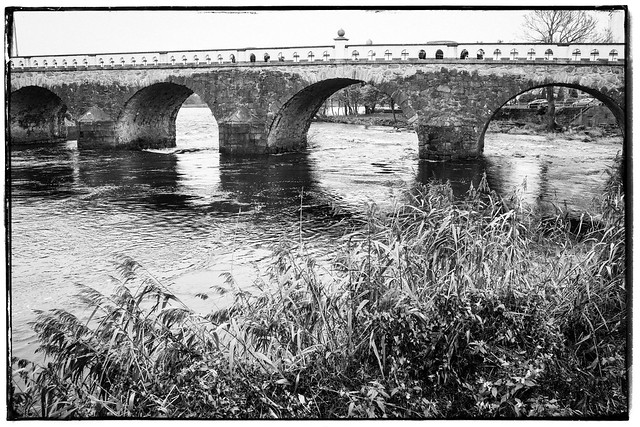 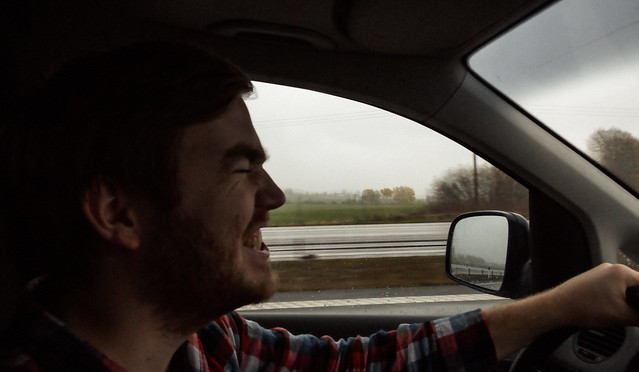 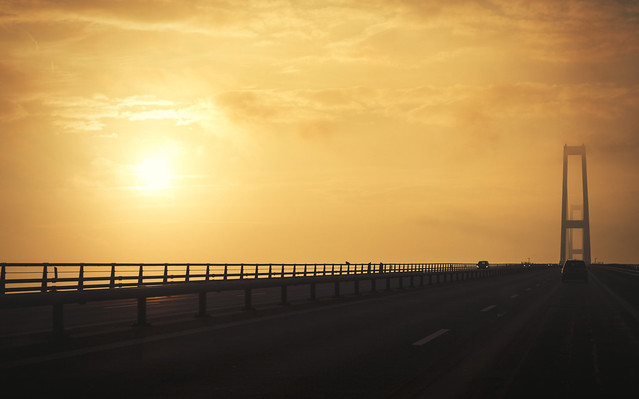 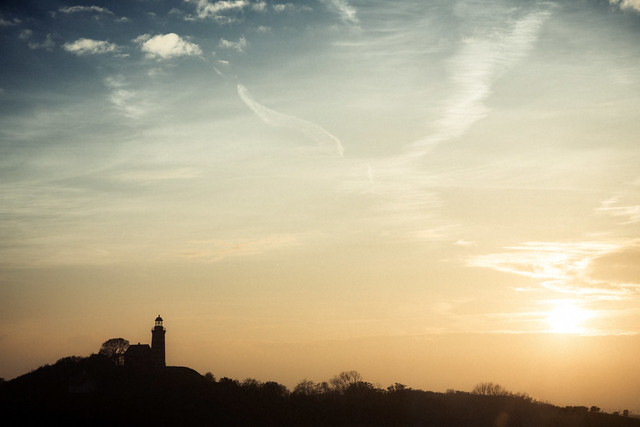 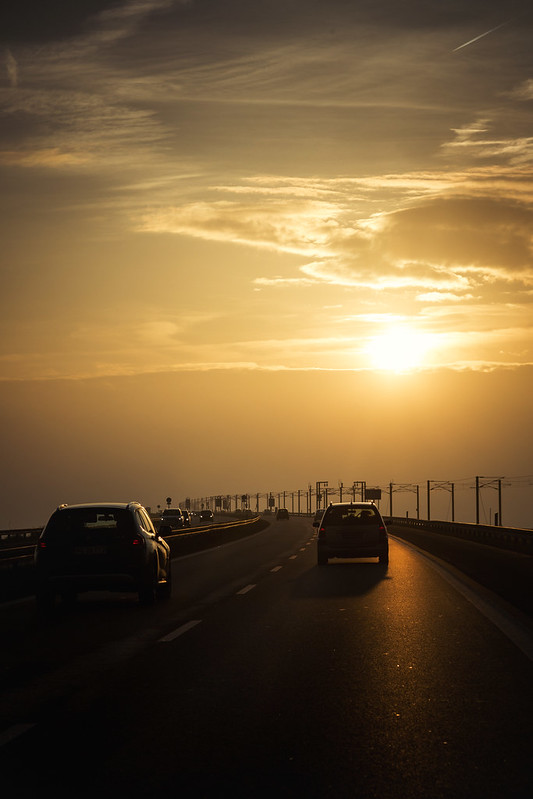 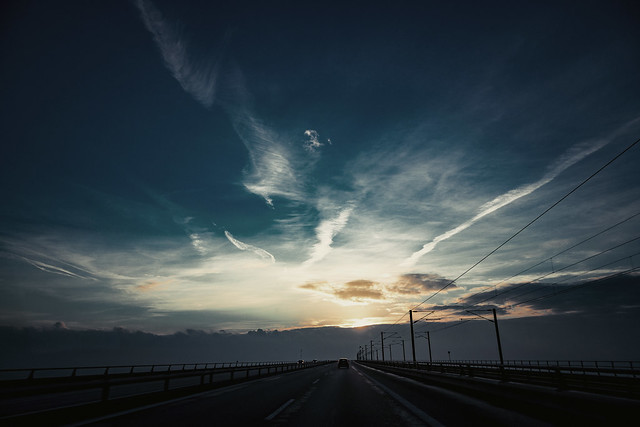 In the very unlikely case that you, the reader, are in fact not Norwegian, consider this your lucky day! I’ve decided to write this in English, just for good exercise!

The first few days here at Michigan State University (from now on, MSU) are coming to an end, – and what an eventful week it has been! It all started with me actually getting my VISA back from the embassy in less than 24 hours (rather than the specified 10 days, thanks to a lovely lady (case worker) at the consulate). I packed my bags, slept perhaps an hour or two before rushing to the airport, way to early. Dropped off my bag and went straight through security in a matter of minutes. When arriving gate 50, at the end of the hall, I had roughly 2 and a half hour before departure. Yeah. Well planned and all that. The sun was slowly rising and with nothing better to do, I tried to get a somewhat good picture of it. 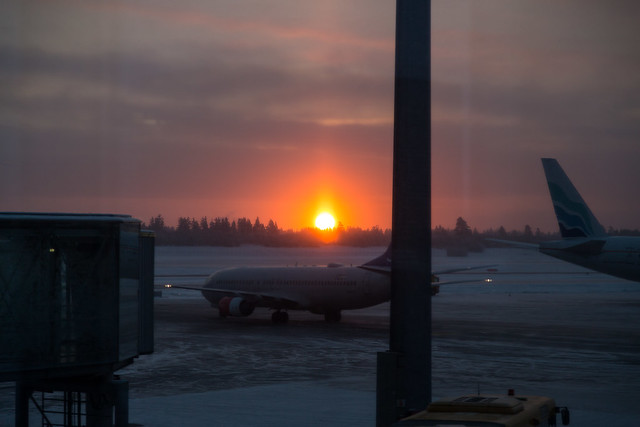 I put on my headset, turned the volume up quite a bit and set the alarm to go off some 90 minutes later. ZzzZZzzZZz. Finally boarding! Kygo was there! Kept staring like a starstruck moron. Walked onboard, found my seat and was in a good mood thanks to, among other things, an empty seat right next to me! Yey! Over the speakers we got notified of a 30 minute delay, so we started waiting. Little did we know…

…and waiting… and waiting. You get the point. Flight cancelled. Back off the plane, get the luggage back, try again tomorrow. Orientation weekend in Michigan, out the window unfortunately. 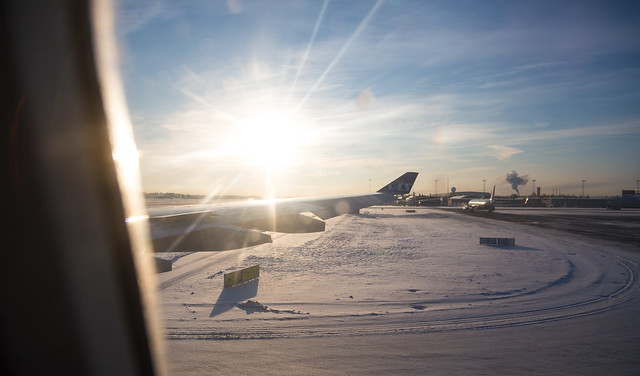 New day & better luck. First a short flight to Arlanda, (Sweden) before flying back over Norway, and then crossing the Atlantic. Couple of hours waiting in New York. Got through U.S. Customs and Border Protection smoothly!
The bag tag printed by SAS was actually headed towards New Orléans, but thankfully I was made aware of this by the individual scanning my bag. I got a new tag and managed to get it with me all the way to Detroit. At that moment, not a lot of happy thoughts about SAS went through my head.

The weather was foggy, or perhaps misty is more correct. I had some time to kill before my bus to the university was leaving, so I sat down at a local bar and asked for a Coca Cola Light. That did not go exactly as planned… I forced down a god-awful Corona Light and said good-bye, ashamed. DIET COKE GOD DAMMIT! Lesson most definitely, learned.

When I finally arrived at MSU, I was met by my awesome Norwegian prof. Morten Hjorth-Jensen (the mastermind behind the exchange agreement where I don’t have to pay 10400 USD in tuition…) and a couple of Ambassadors from the university (also awesome!). I got safely escorted to Owen Hall, all the way to the door, 323, where I moments later fell asleep. 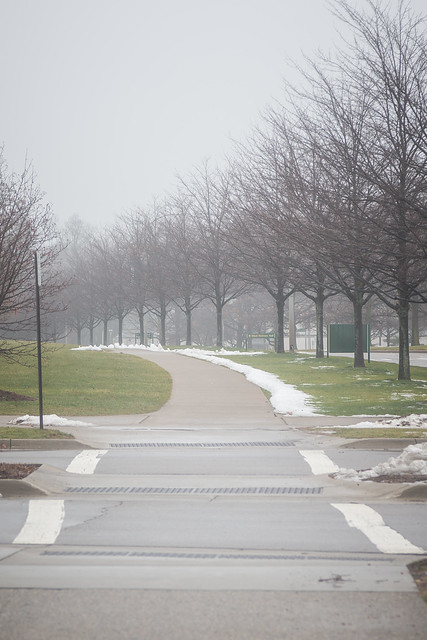 The following morning (middle of the day actually) I woke up to a quiet and slightly foggy university. I can honestly say that I’ve had no problems whatsoever with jet lag. Easy. 6°C was something completely different from the -18°C back home. Oh boy, little did I know… 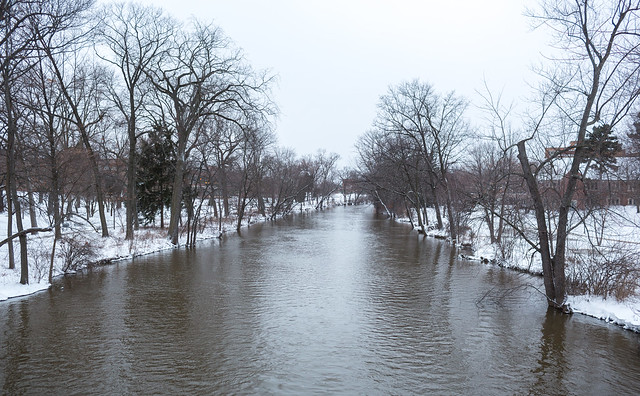 The semester didn’t really begin before Monday, so the campus was awfully quiet. Not a soul to be seen anywhere, except for the occasional oversized squirrel. The Ambassadors helped me get the necessary supplies to survive here. 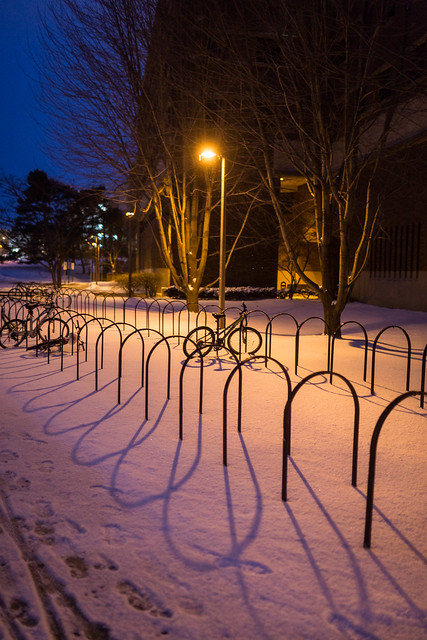 And if you wondered what my dormitory looks like, here’s a photo of the hallway at least: 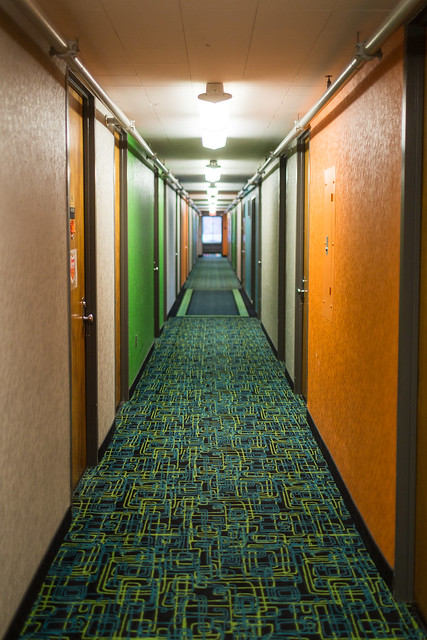 I was invited out for dinner – burger & local beer of course – by Morten, which was precisely the kind of food I craved, and precisely as good as one could possibly hope for! Not to make you jealous, but, yeah, the food here is nothing short of amazing, – just beware of the portion sizes (or you’ll quickly end up in some trouble…). Asking for a miniscule amount, tends to be just about perfect, in the cafeterias all around campus.

And by the way, don’t expect to find the tap for water at your first try. However, vividly blue Powerade or any other flavour of soft drink, not a problem.

The weather changed overnight and suddenly I found myself in very familiar surroundings, – the kind of weather one usually (only) experiences when going skiing in the mountains of Norway (and you are so unlucky as to have no shelter from the wind). The kind of cold that will freeze you, balls to bones in a matter of minutes, if not extreme measures are taken. (Btw, can you spot the Matrix-quote?) 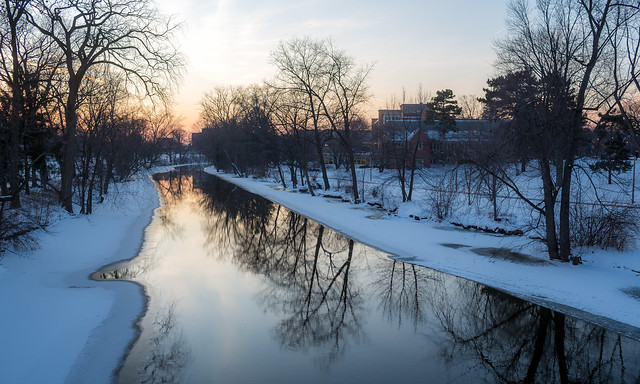 The Red Cedar river splits the campus in half. As can be seen here, it started to freeze right after the temperature dropped.

The campus is situated in the small Midwestern town called East Lansing. The closest city is Detroit, while Chicago isn’t that far away either. 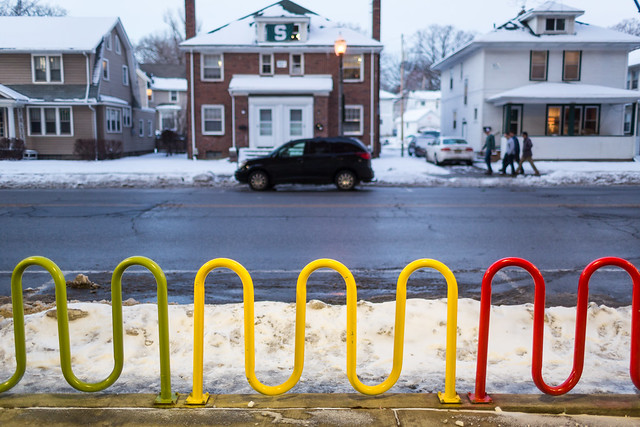 We also got a cool looking museum, the Eli and Edythe Broad Art Museum: 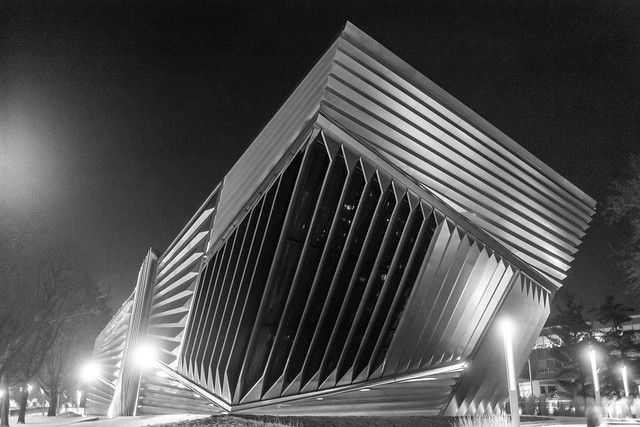 …with this creepy little mascot in front: 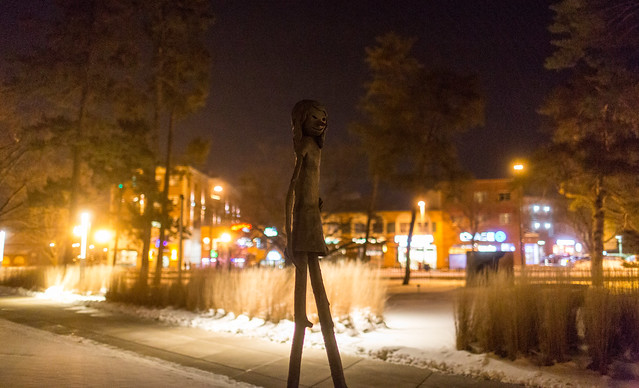 With all the snow and the warm light, the campus looks quite beautiful in the evening / during nighttime. 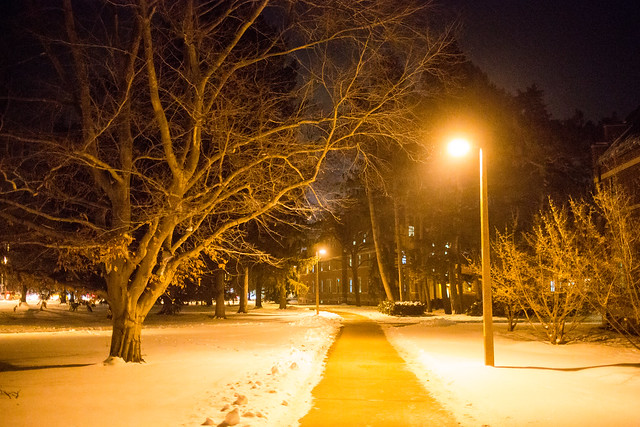 Coming up, the very last photo of this blog post –  where I once again present to you, the Red Cedar river. 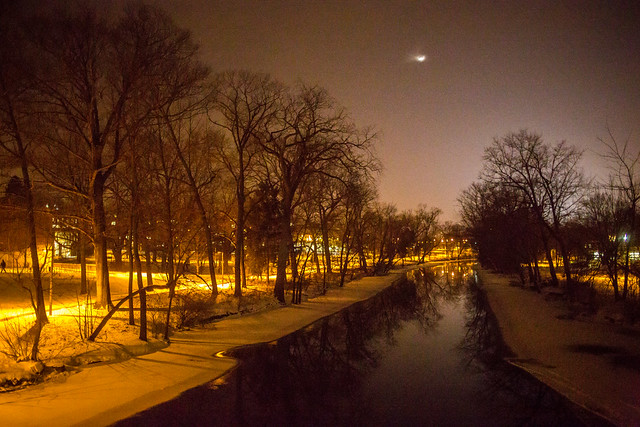 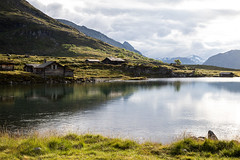 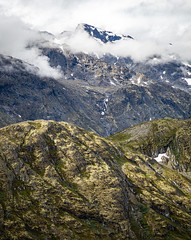 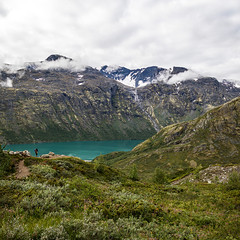